Here Comes The Pride is the second episode of Camsay's Glee Fanfiction: New Paths, New Directions, It also focuses in the auditions for the brand New Directions.

It was the first meeting of the Glee Club of the year, Mr Schue arrive late, as usual, and his six Glee Club pupils were already in there.
They were really excited because singing was the passion of all of them.
Hallie was checking her text messages from her mother, who was taking care of the twinnies. The little kids, Ethan and Eva were gorgeous, like her mother and well... his father too.
Chuck and CJ were talking about the McKinley Titans, of course. Chuck had been inside for a year, and was trying to convince CJ to join too.
-Come on, bud, it will be fun - Chuck said.
-Well, maybe for you, you're huge, but I'm not that big and I don't want to finish like a slushie when those enormous and blood-thirsty beasts come to attack me.
-Oh, come on! Don't be that silly. It's not like that. But well, it keeps being your option.
Then they heard a voice from behind of them
-Hi CJ, hi Chuck - said Anna.
-Hi Girl I've never seen-and-don't know what your name is.. - said Chuck, and get up from his bench and went to speak with Mr. Schuester.
On the other side of the room, both Tom and AJ stayed silent, and both lonely.
-Well -said Will- We're going to perform a group number in order to attract people to join. As I know you all have different vocal range, we'll try a simple nice song, which is being 'fashion' about this time. - And he started handing the paper sheets with the lyrics.
-Awesome Mr. Schue - That's what I was talking about! - said Chuck
-What do you mean? - said AJ.
-Well, I just gave him the idea to perform a fancy song, and I handed him the sheets when we were just speaking.- he replied.
-Wow, I'm so excited, we..singing this in front of the school. Of course I'm getting the solos, right? - Anna said
-Yeah.. make me laugh again -Hallie said- THIS is our first song as New Directions. And as OUR FIRST SONG, it will be a group number. All of us are getting a part, ok?
-Geez, don't be mean with me! I just... - But Anna went running with tears in her eyes.
-Hallie, come on! We are a group now. -Chuck said- I'm going to find her.

Chuck went through the hallways trying to find Anna. He opened every door he passed through, every empty classroom, until she found the auditorium and he went inside. Anna was still crying at the bottom of the Pavilion, but when he saw Chuck, she approached to him.
-Are you OK? - he said.
-Yes I am, now you're here- and she jumped to kiss him on the lips.
-What's wrong with you?- Chuck said, but left storming.
Anna remained chilled in there and then another stream of tears began running down her face.

Chuck arrived running and angry to the Music Room, he took his things and left. Everybody stared at him with a weird expression, but no one asked him about Anna whereabouts.
Anna arrived to the Music Room in a dash too, but yet, nobody asked her nothing about Chuck.
Until somebody said:
-Did anybody notice the boy running, or it was just me?- Tom said.
-It was my fault, guys. I tried to.. well, I kissed him.
-How you dare?-- said CJ - Do you even know something about him? Do you know what he has been going through? Damn, he was right when he said he didn't want to get involved in any relationships since that.
-Guys, can you please stop? We should try to focus about the performance.
-Can we do it tomorrow Mr Schue? Please, I feel awful for what I've done. - Anna said.
-You should- CJ replied.
-Damn, both of you, STOP! - Hallie shouted.- Yeah! We'll come back tomorrow, we'll rehearse and move our butts to the yard, cafeteria or wherever and we'll perform that song, ok?
-Yes, ma'am - said Anna and CJ at the same time. They sounded kinda afraid.
-I couldn't have said it better, Hal -Will said- See you 'morrow kiddos!

Tom was walking through the hallways when a hockey player surrounded him and began to bully him. Again.
-C'mon, little girl, gimme your money and no one will get harm.
-Yes, here you have - Tom replied.
-Oh, thank you! And this is for you to never forget me- and he slushied him on the face.

AJ was really near him and helped him take the slushie from his face, and body. He told him to get used to, becuase she had heard that it was a tradition to slushie and bully ND kids.

THE NEXT MORNING, the six kids were rehearsing again, Chuck, Anna and CJ remained distant.
When they were ready, they went to the yard and started singing for the other students.

Anna: I could stick around and get along with you, hello.
It doesn't really mean that i'm into you, hello.
You're alright but I'm here, darling, to enjoy the party.
Don't get too excited 'cause thats all you get from me, hey.

AJ: I'm not the kinda girl to get messed up with you, hello.
I'ma let you try to convince me to, hello.
It's alright I'm getting dizzy just enjoy the party.
It's OK with me if you dont have that much to say, hey.

Hallie: Kinda like this game but there's something you should know.
I just came to say hello, hello, hey, hey.

Hallie with New Directions: I'm not the kinda girl to get messed up with you, hello.
I'ma let you try to convince me to, hello.
It's alright, I'm getting dizzy, just enjoy the party.
It's OK with me if you dont have that much to say, hey.

New Directions: Kinda like this game but there's something you should know.
I just came to say hello, hey.

As usual, at first nobody paid attention, but then, claps started to be heard. For fist time in the history of Glee Club, people were liking them. Although this may be for a short period of time....

When they returned to the Music Room, a hottie, but kinda cold girl entered to the Music Room.
-So...this is the Glee Room. I thought it would be even worst.
-Excuse me, Can I help you? -said Will.
-Oh yes, of course. I wanted to, well...audition for your tiny Club. I wanna flood iit with the explosive charm of Tinsley Willis.

We got a redlight
Automatic* dance fight
Systematic, honey
But we go no money

Our hair is perfect
While were all getting ship* wrecked
It's automatic, honey
But we got no money

Daddy I'm so sorry, I'm so s-s-sorry yeah
We just like to party, like to p-p-party yeah

-Oh..nice! That was good Tinsley.
-Oh, of course it was nice, well it was astounding, but well.
-Well, she's kinda emm... humilde - CJ said.
-Yes, but she's not as good as me - another girl entered to the club, smiling at her.
-Rae Addison, humm, well this place is really a nursery of rats.
-Excuse us, Tinsley, but if you have troubles with this place, it's not up to you- Hallie answered her.
-Well, don't worry, I'm just here to join you kiddos. I know I'm funny, and awesome, just the reason I want to join you. It'll be reeeally funny! - Addison said
-Please, if you do me the favor -said Will.

What a mark carved on my heart
I was struck by cupid's darts
Hit so fast I did not see
Before I knew, love captured me

When it rains, it pours down
It won't stop from coming now
When it rains there's a flood
I am all drowned in your love

Could I have known this fate at all?
I did not know I'd get caught up
Every sunset brings forth light
And soon enough my sun will rise
Heaven knows this only the beginning
I can all ready see where this is heading

When it rains, it pours down
It won't stop from coming now
When it rains there's a flood
I am all drowned in your love

-Of course you got in, you have a amazing voice I never heard. I love it -Will said.
-You have a point, Mr Schue. -CJ said- And he's a delight for the eyes -whispered to Chuck.

They were all about to leave when two boys arrived to the Club.
-Excuse us, please. We were on a Quantic Science Test, and we weren't allowed to leave until now. I hope we could still audition -said the first one.
-Yes, please. That would be awesome.You totally rocked with the performance out there. We want to be as awesome as you are! -said the second boy.

And the first started to sing:

-Oh, beautiful! Boy, you remember to one of my former fellas. Oh, this is... excuse me, class. -Will said- And what's your name?
-Oh, my name's Erik. -the boy said- Alex, aren't you going to audition?
-Oh, yes, please -the second boy, Alex, said.
-Feel like home over there- the kids said. And he, went over the stage and start performing, with a rough and lovely voice an amazing song.

-Amazing! All kids start to clap him over, that was one of the best auditions ever seen, and they realised they had an amazing voice among them - Luckily.

-Well, class.. Let's do something productive. What do you think?- said Will - I mean, your first performance was out for people, and well, it got awesome. But now.. What about performing for yourselves.

Alex: Livin’ in my own world
Didn’t understand
That anything can happen
When you take a chance

Anna: I never believed in
What I couldn’t see
I never opened my heart
To all the possibilities

Anna: That something has changed
Never felt this way
And right here tonight

Both: This could be the…

AJ and Tom: Now who'd of ever thought that
We'd both be here tonight
And the world looks so much brighter
With you by my side
I know that something has changed
Never felt this way
I know it for real

Tinsley and Addison: That it's the start
Of something new
It feels so right (so right)
To be here with you (ooh)

Hallie and Erik: And now looking in your eyes
I feel in my heart
The start of something new

* Words replaced not to have problems with vocabulary. 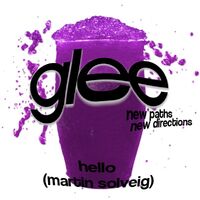 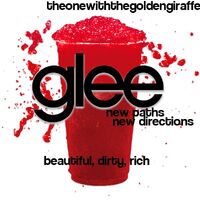 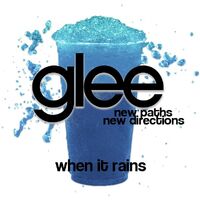 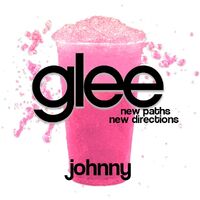 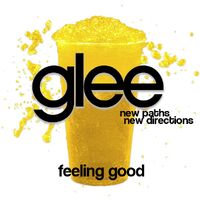 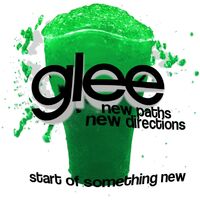 Add a photo to this gallery
Retrieved from "https://gleenewpathsnewdirections.fandom.com/wiki/Here_Comes_The_Pride?oldid=6338"
Community content is available under CC-BY-SA unless otherwise noted.